Californian design has impacted many aspects of our lives. From skateboards to iPhones and start-up garages. The touring exhibition from the Design Museum London California – Designing Freedom reveals how this culture of design and technology has made us all, in certain ways, Californians.

In the Lunch Talk event chief curator Justin McGuirk from the Design Museum London will discuss the themes of the exhibition and we will also hear about the legendary media collective Evironmental Communications from one of its founders, architect David Greenberg.

Justin McGuirk is a writer and curator based in London. He is the curator of California – Designing Freedom and co-author of the book with same title (Phaidon, 2017). He is the chief curator at the Design Museum London and the co-head of Design Curating & Writing at Design Academy Eindhoven. He has been the director of Strelka Press, the design critic of The Guardian, and the editor of Icon magazine. In 2012 he was awarded the Golden Lion at the Venice Biennale of Architecture for an exhibition he curated with Urban Think Tank.

Environmental Communications (EC) is multidisciplinary media collective founded by architects and scientists in 1969. The collective has explored the city of Los Angeles with cameras, video cameras, exhibitions, installations and events. The project Environmental Communications Looks at Los Angeles (1977) is a part of the upcoming California: Designing Freedom exhibition.

Los Angeles based architect and a founding member of the EC David Greenberg says:

”Though our perspective was always very wide angle and a bit out of focus, we began to look at Los Angeles Architecture with a big “A” which for us included the environment around the architecture.” 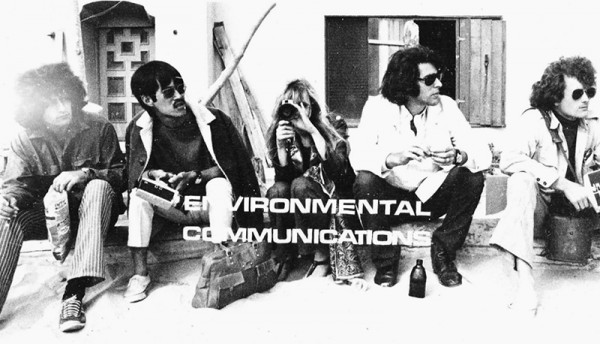 Friday, November 10th at 1 p.m.
At the Design Museum, Helsinki