Josef Frank was born in Vienna, Austria in 1885. What was the Vienna like, where Josef Frank studied and built his career?
Vienna was a city in radical transition while Josef Frank was building his career. He studied with the Historicist Karl König at the Technical University, while Vienna was still the capital of the centuries-old and multi-ethnic Habsburg Empire. He started designing homes just before the start of the First World War, and then became an instrumental figure in the Austrian Werkbund during and just after the war. Vienna in the interwar period is known as ‘Red Vienna,’ as from 1919 to 1934 the city was governed by a progressive social democratic council. It was during this period that Frank’s career really took off – he believed deeply in the social democratic cause and became a key advisor to the municipal housing department. With the interior design company Haus & Garten, he continued to design for a mostly bourgeois clientele, however he became increasingly involved in the experimental social housing movement of Red Vienna, designing urban housing estates as well as cooperative settlements on the outskirts of the city. At the same time, he never let go of his Historicist training (in addition to writing with König, he wrote his dissertation on the Renaissance architect Leon Battista Alberti); in this sense, his work in Vienna represents an important crossing of nineteenth-century Historicism and Modernism, as well as global traditions of folk art from the diverse traditions around the Habsburg Empire and beyond.

Why did he work both with architecture AND design? What was there in interior design for the architect?
For Josef Frank, architecture and design were the building blocks in establishing a holistic Wohnkultur, or ‘dwelling culture’ in Vienna. This is part of a long Viennese tradition of creating spaces for Gemütlichkeit, or cosy sense of relaxation, often in the social company of others. Houses had to be well-built and flexible in allowing inhabitants to decorate interiors that reflected their own tastes, personal narratives and histories. Interior design firms such as Haus & Garten were there to help people to make their homes in an organic, rather than prescriptive, manner. During the 1920s, the concept of ‘home’ took on a very important meaning for the working classes. Thanks to the social housing programme of Red Vienna, many Viennese now had affordable and long-term living spaces for the first time in their lives – by 1934, around 200,000 people had been rehoused in Gemeindebauten, or social housing blocks. In the 1920s, Frank was vice-president of the Austrian Werkbund, a work federation of architects, artists, builders, and craftsmen, who sought to develop quality industrial design products for the masses. This group collaborated closely in making sure that the working classes were able to engage actively and thoughtfully with the designs of their homes, on the inside and out. 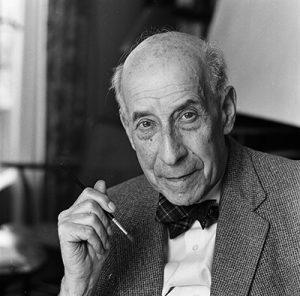 As so many Jews, Josef Frank decided to leave his native country Austria because of antisemitism. Do you think that Jewishness had an impact on Frank’s work as designer and architect?
I do think that Jewishness and cultural identity more widely had an impact on Frank’s work. Although he came from an acculturated, non-observant family, his father was a textile wholesaler from the rural province of Heves in what is today northeastern Hungary, and his mother was from Bratislava. This sort of multicultural background was very characteristic of Austrian imperial identity, which many Jews felt connected to. After the fall of the empire, Jews were highly active in the social democratic cause, including those who had moved to Vienna after 1918 because they did not fit into the ‘national’ identities of the newly created successor states in Central and Eastern Europe. Frank’s clientele for Haus & Garten largely comprised people with Jewish backgrounds, although his designs, particularly those for social housing projects, appealed to many people regardless of cultural or social boundaries.

In 1933, Josef Frank moved to Sweden from National Socialist Austria and spent the years of the Second World War in America. Do you think that moving out of his native country and living in exile affected Josef Frank’s work as designer and architect?
Movement and migration are essential to understanding Frank as architect and designer. The concept of ‘home’ was extremely significant in his work and life. Although political events forced him to move around a lot, once he settled back in Stockholm at the end of the Second World War, he stayed put and really made his home there. That said, he was aesthetically very much at home in the wider world. During his study of architecture at the Technical University, he also studied non-Western art history, and felt an affinity with the art and architecture of the Islamic world, China, Japan, India, and the Americas. This really comes through in his textile designs for Svenskt Tenn.

Josef Frank was definitely a modernist in his architecture and design but his modernism is so decorative and colorful – compared to Alvar Aalto, for example. How do you explain this?
Josef Frank’s colourful and decorative approach to Modernism could be explained by the fact that he never rejected Historicism and folk art, which was unusual for most modernist designers who preferred uniform interior ensembles with lots of tubular steel. Frank once said that ‘our time is the whole of historical time known to us’. He thought that history offered a lot for the contemporary, especially when it came to embracing global styles. He encouraged a sentimental approach to interior design in particular, as he felt it was essential that people connected with their homes on a personal and emotional level. 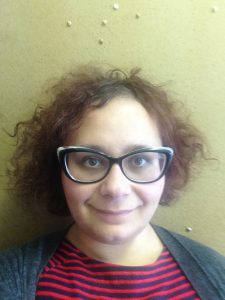