The documentary film by Eric Brickner, Visual Acoustics celebrates the life and career of Julius Shulman (1910-2009), one of the leading architectural photographers of the 20th century, whose images brought modern architecture to the American mainstream. Shulman’s images played a major role in crafting the image of the Los Angeles and “Southern California lifestyle” to the rest of the nation and world during the 1950s and 1960s. He captured the work of nearly every modern and progressive architect since the 1930s including Frank Lloyd Wright, Richard Neutra and Frank Gehry.  His images epitomized the singular beauty of Southern California’s modernist movement and brought its iconic structures to the attention of the general public.

The documentary screening is presented by the Finnish photographer and researcher Marianna Wahlsten. She has invited as her guest Tuomas Uusheimo, who is one of the leading architectural photographers in Finland. The talk will be held in Finnish.

The film is in English, no subtitles, duration 83 minutes. Screening will start at 7.30 p.m. Free entrance 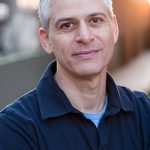 Eric Bricker (born 1970) is a writer and director, based in Austin, Texas. Bricker is known for Visual Acoustics (2009), Alumination (2018) and Calling on Ishmael (2014). More information about the film and the director, see link here.