Travel as a Tool (1st June 2020 – 7th March 2021) is a joint Nordic exhibition that considers the significance of travel for the work of Nordic designers from the 1940s to the present day. Trips have been sources of new ideas and inspiration. They have provided valuable contacts and created new opportunities, along with  introducing designers to materials and manufacturing methods. Recent international events place travel in a new perspective – the exhibition gives current affairs a point of reference in past decades – at a time before long-distance travel became an everyday matter.

Photographs, diaries, film material and objects on show
The exhibition views trip abroad by Nordic designers and architects with reference to archive materials such as diaries, correspondence, films, and photographs. Along with the works of designers, the exhibition also highlights the results and influence of travel and the changes that have taken place in travelling in recent decades.

Many designers have been active travellers. The trips of over 40 designers and architects to destinations both near and far have been compiled for the exhibition, together with background information on the various reasons for travelling.

– Designers and architects have travelled from the distant Nordic countries not only to seek visual impulses and inspiration but also to learn new methods and to get to know materials that are used in different areas. Trips to metropolises and broader contexts have helped designers find like-minded colleagues and place themselves within an international field of activity, observes curator Anna Vihma of Design Museum, who is also the curator of the exhibition.

– For many designers, travel has also been necessary, when they have had to go elsewhere to escape political situations, war, or unbearable conditions in personal life.

The trips taken by designers are also viewed in a critical vein. In the present era of the climate crisis, designers and architects have also begun to question, for example, air travel, which for many has been an outright precondition of professional activity. Travel is no longer regarded as something innocuous. The trips of past decades may also reveal the exoticising and colonialist attitudes of Nordic travellers towards foreign countries.

Japan as seen by Kaj Franck
For designer Kaj Franck (1911–1989) Japanese culture and the Japanese aesthetic were like a second home. He funded his first visit to Japan in 1956 through receiving the Lunning Prize. The trip was documented with diary entries, a large number of photographs and cinefilm material, which is shown to the public for the first time in the Travel as a Tool exhibition. This background material offers a unique perspective on the mindscape of this iconic designer and an opportunity to look at familiar tourist attractions with the eyes of a designer.

The exhibition is also the first Finnish showing of Archipelago by Kustaa Saksi (born 1975). This 26-metre-long work of textile art was commissioned for the European Union’s facilities in Brussels in honour of Finland’s EU chairmanship period. It reflects the global identity of its Finnish designer, who has lived for many years in Holland. The textile heritage of Holland and Dutch crafts skills are combined with visual motifs from Kustaa Saksi’s childhood summers in the Finnish archipelago.

Domestic travel and the Nordic countries also interested designers
Trips are not always taken to far-off destinations. Many designers have found inspiration on visits to their own home regions. Ramona Salo Myrseth (born 1991) of Norway grew up in a Sámi community on the coast of Norway. She returned to the setting of her childhood while designing the fashion collection which is on show in the exhibition.

– The purpose of the collection is to dress a person for their journey to Sáivu, the land of the dead in Sámi heritage, from where visitors can find solutions to their problems, explains Vihma.

The exhibition also presents travel in the Nordic countries. During the Second World War, many Nordic designers had to flee when Nazi Germany occupied Denmark and Norway, and the Allies occupied Iceland. Communities of refugee artists formed in Sweden, which had remained neutral. Among those who settled in Stockholm were Norwegian designer Grete Prytz Kittelsen (1917 – 2010), who had fled her country on skis, and the Danish architect Jørn Utzon, who crossed the Sound from Denmark in a small rowing boat.

An exhibition on a theme that is more topical than ever before
Work on the joint Nordic exhibition began one and a half years ago. At the time it could not be foreseen that when the exhibition was to open both borders and museums would be closed under emergency circumstances and that travel would be impossible.

The Design Museum is to reopen to the public on Monday 1st June 2020. There will be a separate announcement on the details related to the reopening. Changes to the exhibition schedule and related events are possible.  The closing date of the exhibition is 7th March 2021.

The exhibition can be visited digitally on the Design Museum webpages in June.

The exhibition has been jointly produced by Design Museum, the Vandalorum in Värnamo and the Tønder Art Museum, and it will be held in all three museums.

In association with Iittala and Kobra.
With thanks to the Nordic Culture Fun, Letterstedtska föreningen, Finnish Design Shop and lenders of works. 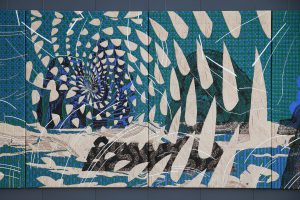 Kustaa Saksi, tapestry Archipelago, 2019.
26-metre-long tapestry Archipelago was unveiled in the beginning of July, 2019 at the Europa building, Council of the European Union, in Brussels, in honour of Finland’s third presidency of the European Union. The work was developed and produced in the Textiellab: the professional workplace for experimentation and innovation in the Textiel Museumin Tilburg.
Photo: Yen An Chen. 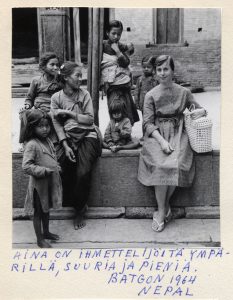 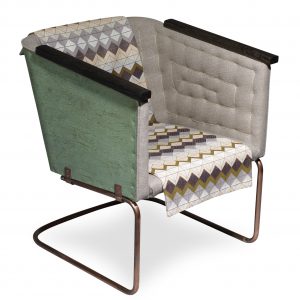 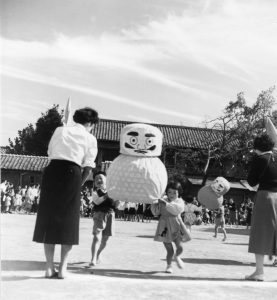 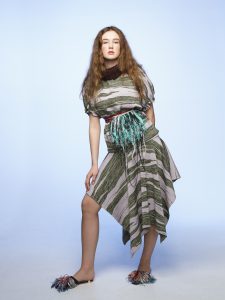