The Process of Becoming is a live concert promenade for bass clarinet, choir and generative sound installation that will premiere in the exhibition Timo Sarpaneva at the Design Museum Helsinki during the Helsinki Design Week.

The performers will echo the atmosphere Timo Sarpaneva’s designs radiate and the soundscapes of glass blowing. The Process of Becoming uses the whole space and existing soundscape of the Helsinki Design Museum as a ‘concert hall’ where, instead of sitting on a chair, the musicians and listeners move around the space. Alongside the piece’s recurring musical theme, the various spaces used in the performance have their own unique musical moods echoing the resonant properties already existing within the objects shown in these rooms and the spaces themselves.

Sonic traces of the concert will be incorporated into the sound installation and continue to resonate in the Design Museum until the end of the exhibition. The title, The Process of Becoming, is a reference to the generative nature of the sounds that accompany Ahtojää installation, which gradually grows to its full scope. The name also makes reference to architectural and design atmospheres theory. 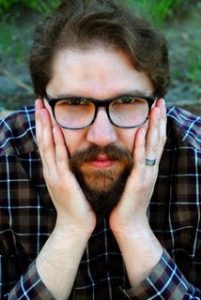 Josué Moreno (Spain, 1980) works as sound artist, composer and researcher developing the practice of Public Space Sonic Acupuncture at Sibelius Academy Helsinki. Moreno believes that sound is a humble material and yet a very powerful one with which to affect how spaces and objects are perceived, defining our bodily relation with them. Josué Moreno understands music not only as a time-based art but also as space-based art allowing for other forms of interdisciplinary dialogue.

Moreno has recently made two urban level installations transforming glass buildings in musical instruments: Sonic Greenhouse at Helsinki Winter Garden, and Amber Diptych at Great Amber Concert Hall in Liepaja, Latvia. Moreno’s first large-scale works in public spaces were at the Posti building in Helsinki in 2008 and at Kirnu, the Finnish Pavilion of the Shanghai World Expo in 2010.