During the Lux Helsinki festival Design Museum is open every day until 10 pm. Nearby the museum you can experience the two light installations. During the festival the offers have free entry to the Collection Exhibition Utopia Now. You can experience all the other exhibitions for half price: -50% off normal tickets. You are also warmly welcome to join the museum events organised during the festival. 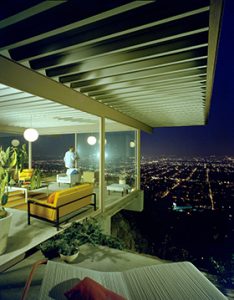 The documentary film by Eric Brickner, Visual Acoustics celebrates the life and career of Julius Shulman (1910-2009), one of the leading architectural photographers of the 20th century, whose images brought modern architecture to the American mainstream. Shulman’s images played a major role in crafting the image of the Los Angeles and “Southern California lifestyle” to the rest of the nation and world during the 1950s and 1960s. He captured the work of nearly every modern and progressive architect since the 1930s including Frank Lloyd Wright, Richard Neutra and Frank Gehry.  His images epitomized the singular beauty of Southern California’s modernist movement and brought its iconic structures to the attention of the general public.

The documentary screening is presented by the Finnish photographer and researcher Marianna Wahlsten. She has invited as her guest Tuomas Uusheimo, who is one of the leading architectural photographers in Finland. The talk will be held in Finnish.

The film is in English, no subtitles, duration 83 minutes. Screening will start at 7.30 p.m. Free entrance

Eric Bricker (born 1970) is a writer and director, based in Austin, Texas. Bricker is known for Visual Acoustics (2009), Alumination (2018) and Calling on Ishmael (2014). More information about the film and the director, see here

Lantern Park
Location: Koulupuistikko (in front of the museum)
Lantern Park is a perennial favourite at Lux Helsinki, and this year it will light up the Koulupuistikko park. Hundreds of unique lanterns will create a dreamlike and magical atmosphere. This year’s lanterns have been made by students from Aalto University, Aleksis Kivi Primary School, Kallio Upper Secondary School and Helsinki Upper Secondary School of Visual Arts.

Janne Ahola
Time’s Role
Location: Courtyard between the Museum of Finnish Architecture and the Design Museum, Ullanlinnankatu
Janne Ahola’s installation Time’s Role aims to break down the physical boundaries of perspective. The installation is inspired by the over 100-year history of the building that now houses the Museum of Finnish Architecture and its changing roles over the years. The music and sound design for the installation have been created by Aki Päivärinne.

Ahola brings the courtyard façade of the Museum of Finnish Architecture to life by using projection mapping technology, a visual presentation method that creates a world of illusion on the façade of a building by means of projecting light. At the same time the building is momentarily given a new identity and persona. The partner for this installation is Granlund Oy. 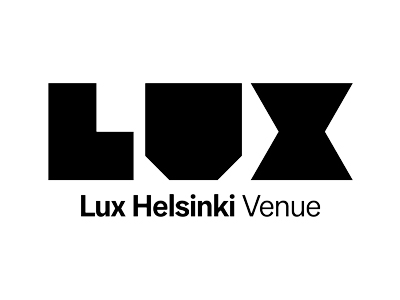